And now for something completely different!

Seriously, long boring stories but have had no time or interest in the hobby that got me into painting or converting in a long, long time.

I've been enjoying the hell out of Fallout 4 however, and I got the inspiration to do a repaint, which turned into the desire to do a couple conversions and repaints (when do I not convert things?).

The base? Well the title covers it, Funko Pop! Fallout 4 #49 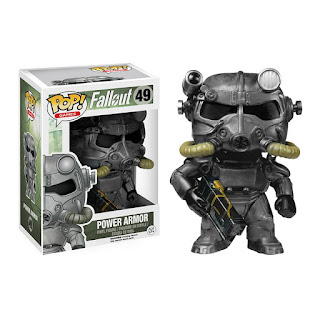 One of the core quests of the game nets you your first suit of Power Armor, helping the Minutemen in Concord. Equipped with a Minigun and a heavily worn and damaged suit of T-45 Power Armor you go to battle with a group of Raiders laying siege to the building your in, and then have an Epic fight vs. a Deathclaw.

Unboxing:
I've never "owned" one of these, got one in a swag bag, another in a Lootcrate, but never opened one.
Cool figure, tons of mold lines, good head articulation, otherwise just a blob of low detail vinyl 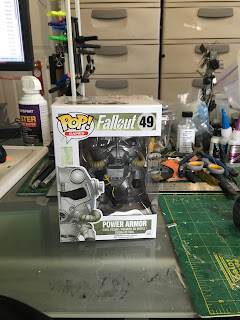 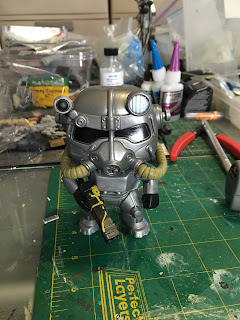 Finding a couple articles online they all suggested a bath for 3-5 minutes in extremely hot water, but I wanted to remove the head without popping the "disk" off the head forcing me to reglue it.

The arms didn't want to budge, just bend so I dunked it in cold water, flexed and the glue bonds broke.

The Laser Rifle was a bit of a pain, ended up slowly cutting it free. Hoping to use this in a different conversion, later on if I actually enjoy the process.

And finally I decided I could likely do better "pipping" so I removed the overly cartoony o2 hoses. 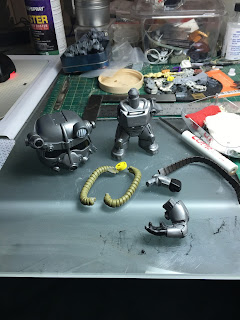 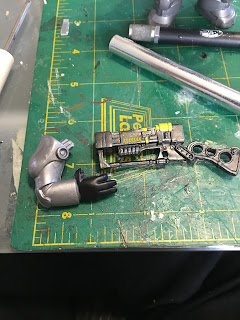 Broken down I actually really like the figure, it's got great pegs for arm attachment, the way the gun connects makes sense and hope it follows on other models and reposing should be pretty easy.

Looking for a "few" things, for current and future conversions..

Happy to trade for or buy.. PM or email.